Skip to content
Home/Hollywood, Letters from the Workshop/Rosie’s Gone Hollywood

Hi there. It’s Blair this time.

We’re excited to announce that our Pittsburgh showroom is prominently featured in the Sony TriStar movie “Happiest Season”.

The movie is streaming on Hulu and includes a two-minute scene inside Rosie’s. Our camera lights are in the background and they featured our Very Open sign. Our iconic showroom design is unmistakable.

Filming happened back in January when life was very different.

The Hollywood producers walked into Rosie’s and introduced themselves. We had Clea DuVall (director), Isaac Klausner (producer, Temple Hill), Theresa Guleserian (production designer), and Maggie Srmayan (set designer) stop in to survey the space. We were like, “Yeah come on in, hang up your coats, sit down at our workshop tables.”

They worked out the production for the Ross Park Mall scenes in the back of our showroom for hours while customers shopped around them. They were quite surprised at our openness and understanding of what it takes to make a special movie. 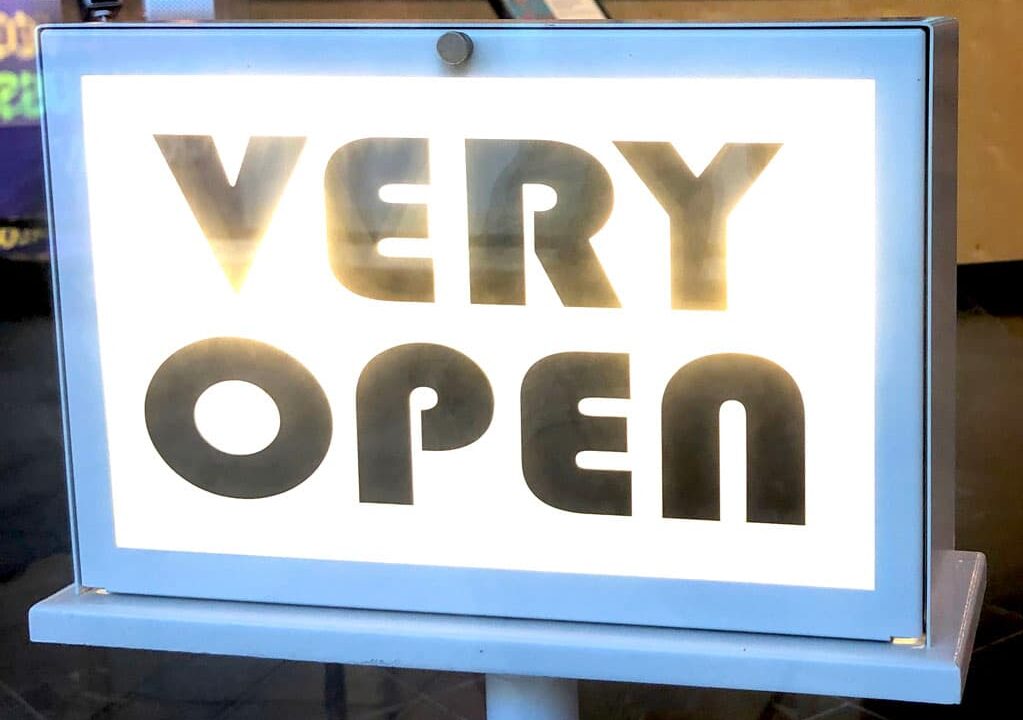 We learned later that it was our Very Open sign that initially caught their eye. They fell in love with the space when they saw we celebrate filmmaking and creativity. They were also thrilled with our 20-foot ceilings. A big help in filming a movie.

On the day of filming, we had Kristen Stewart, Alison Brie, Sarayu Blue, Lauren Lapkus in our store all day. All of them were very nice. They signed our film tins and a couple of them bought movie camera lights. 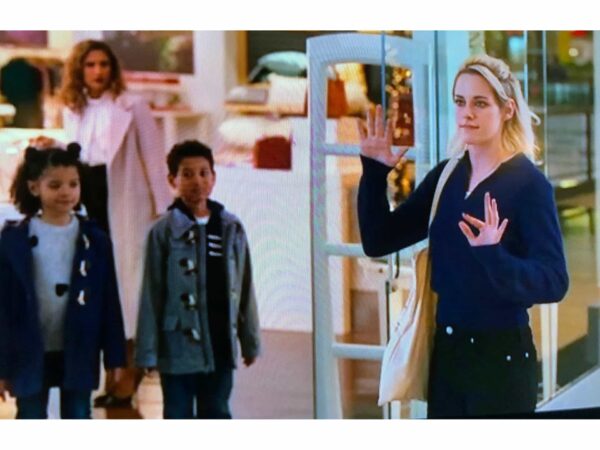 The production team was accommodating to us. We were allowed full access to the set during filming. Blair was able to sit in the back with Clea and Isaac and watch them work the monitors and issue commands.

Jen was cast as the chashier and sat next to Kristen Stewart in the green room space for most of the day. Unfortunately, Jen’s scene was as they say, “left on the cutting room floor”.

It was a great experience. We’ve enjoyed having people stop in and tell us they saw Rosie’s Workshop in the movie! We’ve had several people film themselves in the chair that Kristen Stewart sat in.

Remember to shop local. Dollars spent local stay in your community. Go out and support those businesses you love!