Astronaut John Glenn and the Friendship 7 Mission blasted into orbit on February 20, 1962. He became the first American to orbit the earth and leave Earth’s lower atmosphere by going faster than any other astronaut, 17,500 miles per hour. The space capsule orbited the earth three times and the total mission flight time was four hours 55 minutes and 23 seconds. 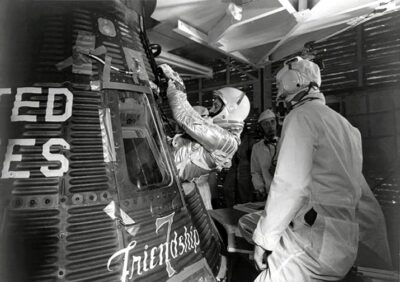 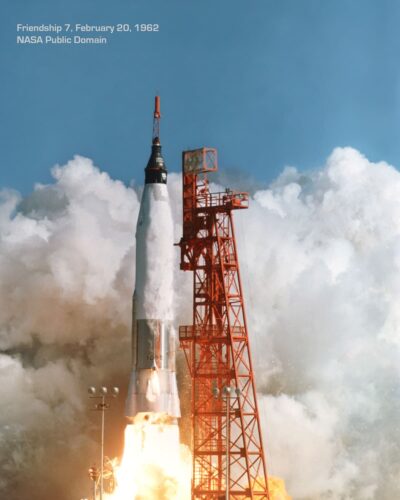 Prior to this mission there had been a reluctance on the part of NASA to permit the use of cameras by astronauts, as it was feared these might prove an unnecessary distraction. Glenn, however, was successful in persuading NASA that he should be allowed to take one this time. He purchased a Minolta Hi-Matic 35mm film camera at a store nearby.

John chose this model because it was the only camera that had automatic exposure capabilities. He knew wouldn’t be able to change settings while in a space suite. NASA modified to be used with pressure suit gloves, essentially adding two levers. One to press the shutter button and another to advance the film. You can see the contraption at the National Air and Space Museum in Washington DC.