The happiest place on earth! Disneyland in Anaheim California was a big deal. There had never been such a large and comprehensive theme park and it feature many of the beloved Disney characters and attractions.

One version of the origin story is Walt Disney received many letters from fans of the Disney movies. Walt felt a functioning movie studio wouldn’t be interesting to most people. What if the movies and characters were brought to life? Now that would be something! 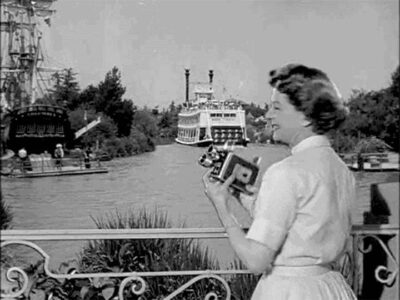 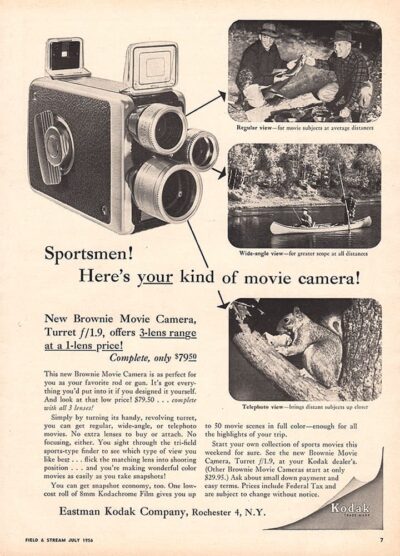 Kodak developed a simple to use point and shoot 8mm home movie camera in the early 1950s. It was important to Kodak everyone could afford it and anyone could shoot with it. When they heard about Disneyland being built, they pitched a combined marketing plan to Disney. They loved it.

A year later Ed Sullivan during primetime is standing at key attractions with the kodak 8mm and sharing how exciting it is to capture moving memories with ease. Introducing the world to the most amazing amusement park. The little cameras sold well, and it’s said more dads had the cameras in their hands than children.

This model is often remembered from family gatherings throughout the mid-century. Many stars and filmmakers remember stealing their father’s Kodak and shooting their first film. 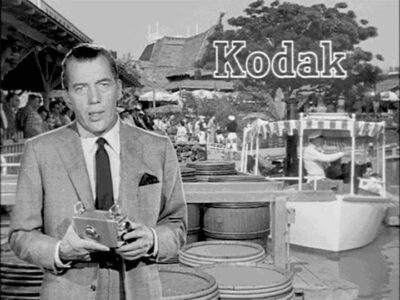