DeJur-Amsco Corporation of Connecticut, was founded in the 1920s by Ralph and Harry DeJur. They started with a focus of building components and testers for the radio tuning, the hot new technology of the time. They received a number of patents for capacitors and condensers and the company grew.

A decade later they branched out to make photography equipment starting with light meters. They were a supplier of equipment to the military during WWII. After the war they became known as the best quality and most accurate meters, advertising them as “military war proven”. 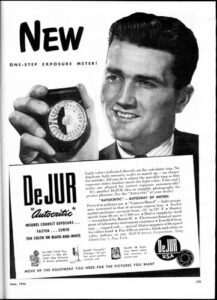 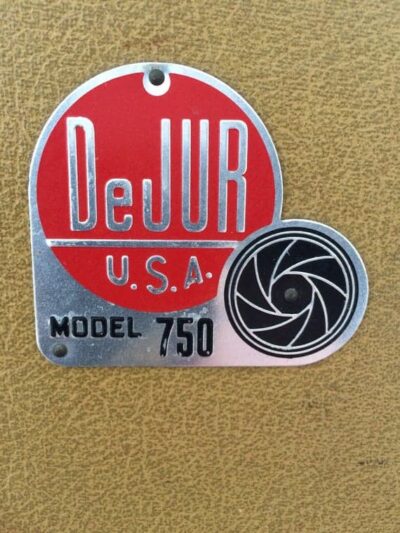 With the success of photographic light meters, they began to expand into still photography and home movie equipment. Some of this they manufactured in their own factories in Connecticut and New York City. They also pioneered the idea of private labeling by having other manufacturers make equipment and then slap the DeJur name plate on it. Some of their still cameras and movie cameras look similar to Bell & Howell, Petri, and Neidig. We believe they made their own projectors since they look unique with modern lines and finishes.