Spielberg’s work spans four decades and includes some of Hollywood’s most successful and cherished movies. Born in 1946 he began making home movies when he was 12 using his dad’s 8mm movie camera and his own model trains.

He gradually got other kids to act in his short movies. A nine-minute 8 mm film entitled “The Last Gunfight”, earned him the Boy Scouts photography merit badge. When he was 13, he entered his 40-minute war movie, “Escape to Nowhere” in a competition. He won and used the prize to buy his own movie camera. 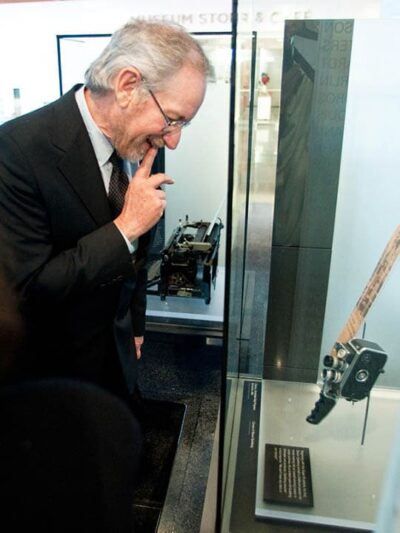 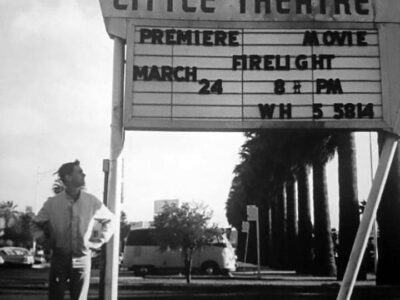 It was a Paillard Bolex 8mm. He then created his first commercial movie, “Firelight”. It was a 140-minute science fiction adventure filmed in 1964 when he was 17. He achieved amazing footage with the camera. It was screened at the local cinema with success.

We know this smaller 8mm is in the National Museum of American Jewish History on Independence Mall, Philadelphia. It is noted that he used this camera when he was a boy scout.